TANA: Eddie and Drucella, first, congratulations on graduating from UC Davis. Can you tell us about the road you’ve traveled to get here? Where did you grow up, what did you major in, and how did you find your way to art? I ask the last part because despite your considerable artistic skills, I know that both of you aren’t art majors, yet creative expression forms a big part of your life. How did that happen?

Drucella Miranda: I’ve never really thought art was something I was going to do. My parents are immigrants from the Philippines and I was the first born in Texas. It was straightforward though, I was to fulfill the ‘American dream’ and get a good job to help my family. So science and math were large aspects of my life, and I was actually accepted into UC Davis for biomedical engineering. I was one of the few Southeast Asians in El Paso, Texas, as there were hardly any Asians at all. We ended up moving to the Central Valley here in California, where I was still one of very few Asians. I ended up doing a complete flip in majors though and am a double major in Women & Gender Studies and American Studies because I became so passionate about social justice.

But I’ve made art since I was a little child. Some of my earliest memories were with an older cousin I would bother because she stopped accepted all my little doodles, so I shoved them under her door. I didn’t formally get into art until my freshman year in high school where I had an amazing mentor. She helped me get into a program by Cal Arts called California State Summer School for the Arts, which was for high school students doing college level art. I continued art throughout high school and it’s never left me. I still took classes at Davis just to fit it in my schedule because I needed an outlet for all the dense material I learned from my other classes. But my creative skills inform so much of the research and work I do with youth, and I’m able to incorporate art making in workshops with them.

Eddie Lampkin: I was born in Sacramento California. My parents are educators and worked in a lot of different areas until we moved to Woodland, CA. My previous experience with art had been through high school and although my work was praised by my peers it never seemed to gain any traction with my art teachers. I just wasn’t “artsy” enough I guess. I had given up a future with art because it seemed it wasn’t for me. After high school I participated in several mural workshops in the community and came in contact with people that would start up TANA. It is at TANA where I learned the technical aspects of poster making, silk screening and my social responsibility as an artist. When I participated at TANA I was taking college courses at Sac City as a history major. The history classes I took informed me about various social issues domestic and abroad. The injustices I learned about it school frustrated me to the point that the only way I could cope was to contribute to these struggles through artwork. When I finally transferred to UC Davis I had honed my skills enough to instruct others on how to make art. Although I never actively pursued art as career I feel as if the direction I took as a community artist was more impactful.

TANA: What’s the meaning behind the title of your joint exhibition, “Mad Love”?

Drucella: I came up with the name, but it was in Eddie’s motivation behind his series that really informed the title “Mad Love.” It’s actually how we both feel about our individual series. Not just in college did we both learn a lot of the legacies our people carry due to years of a system meant to profit over people, but we also live it. And we can easily just put that off and do nothing with it, but instead, we stay mad at a system that disenfranchises us. Every act of social justice starts with love, and that’s our motivation for the message behind our art. “Mad Love” really is just our part in our intergenerational solidarity, and an act of respect to those who have been integral to carving the path to our today.

Our anger fuels our intention behind the work that we do. Our frustration and discontent with hierarchies and institutions that up hold an inequitable society are the basis for each of our projects. Anger only takes you so far, lots of people are angry and that often times turns into cynicism and apathy. It takes love to do something about it. Love compels us to channel our anger in a way that furthers the struggle. We use the gift we have as artists to uplift the community and that is an act of love. So we are mad but we also have love for our people and communities, hence Mad Love.

TANA: Eddie, your current work focuses on East Coast hip hop artists. I’ve watched your work grow over the last several years and I know that you pull from a wide variety of influences, including Asian cinema, American pop culture, Mesoamerican and Mexican history (am I missing anything?). How do your various interests influence the kind of artwork you make? What’s the motivation behind the current series?

Eddie: The things that catch my interests are profound to me for because they inform me and shape my worldview. Even though what I find interesting seems random and eclectic, it makes up who I am because each represents a facet of my personality. I’m a Chicano that is fanatical about martial arts films and hip-hop music that is also a history major. These parts of my personality show up in my work. I am a multifaceted person with many layers of identification. My prints are in essence a synthesis of the things I am passionate about.

This current series on east coast rappers is a tribute to what is arguably considered the apex of hip-hop. The Golden Era (~1980-1996) to me epitomizes the true essence of hip-hop. Hip-hop during this period was being refined and perfected to a point of upmost quality. The lyricism of this era addressed various social issues surrounding the African American community including gang life, drugs, poverty and racism. The artists featured in this series are among the brightest poets, activists, storytellers, and scholars that the American experience had produced and it is for this reason I wanted to highlight and pay homage to their genius and their struggle. Hip-Hop is a form of creative expression that was used to combat the socioeconomic conditions of the New York City projects. I concentrate on east coast artist in particular because their style can trace their linage directly to the birthplace of hip-hop and also because they are relatively unknown to us on the west coast. It is my hope that my work will compel this generation of youth to revisit this era of hip-hop in order to steer it back in the right direction where peace, love, and unity thrived and speaking to social issues was encouraged.

TANA: Drucella, you have chosen to build your current series around quotes from different feminist scholars and activists. What comes first, the image and then the quote, or vice versa? If the latter, I’m curious about the process of transforming the quote – a powerful idea – into an equally impactful visual image. How is this achieved?

Drucella: I usually pick an iconic feminist figure first. After I pick the person, I find a quote, theory, or idea that has impacted me, and then work to transform that concept into visual imagery. That process is difficult and complicated for me because these ideas aren’t just abstract, but rather lived experiences. But since the feminists I have chosen are so close to me, I just think about how each piece is sort of autobiographical and add my interpretations to it. It is a little difficult thinking about how I can create a piece that is recognizable to the text since it is often layered, but my art ended up mimicking that in the end anyways. So I try to really remember where I was and how I felt at the moment I first read a particular piece from a feminist scholar or activist and let that sink in. In their work, I found my voice. That’s why my first piece is “The First Casualty of War is Our Voices,” which isn’t actually based in anything in particular, but was how I felt before I found feminist scholars. And that is how I think about these feminists and my art. Their words fostered a way for my own voice to grow and find life within my art.

TANA: We’re very proud of you at TANA, and we’re sorry to see you go but also excited to see what’s next for both of you. What are your plans?

Eddie: I’m sad to leave too, but I have been here for a while now and its time for me to go off and prepare for my future. Staring as a participant in the workshop to eventually transferring and becoming an intern has given me a lot of great skills and a lot of fond memories. After the end of the quarter I plan to finish my course work abroad and when I get back from Japan I plan to pursue a career in education while continuing to build my portfolio as an artist.

Drucella: I’ll still be in the area this upcoming year, as I work with City Year in South Sacramento. In the meanwhile I’ll be applying to grad schools such as Mills in Oakland. Their Masters in Business Administration program has a focus in social justice and collaboration, which I hope to gain skills from in order to create sustainable programs for communities back in the central valley that lacks in spaces for youth. From there I hope to work with non-profits and programs that are centered around youth retention and empowerment. 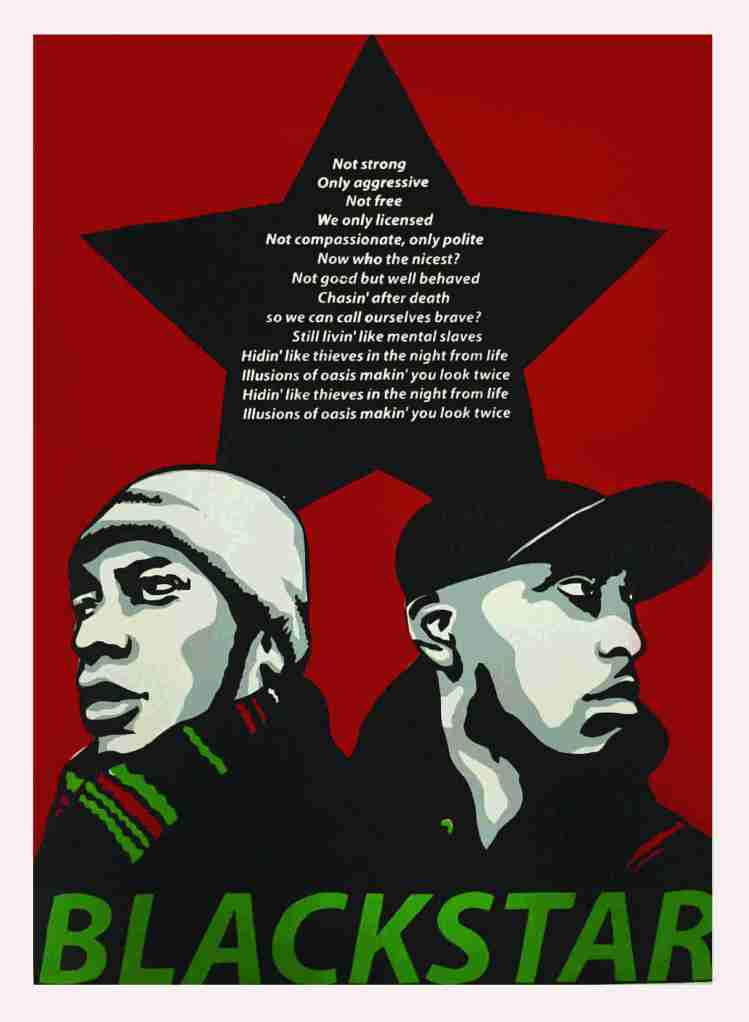